A person's last words seemingly provide an insight into what they value most in life. From those final moments before a firing squad to the last wishes of a dying loved one, our final words carry significance and weight to the people who cared about us in life.

For many people, music is a mysterious and profound art with composers at the helm relentlessly pushing their music to the fore. The imagery of composers breaking down doors to bring their music to the world while enjoying a thrilling and bustling life of adventure, music, and mayhem are some of the most commonly held misconceptions about these brilliant artists.

These are romanticized views of the reality of a composer's life. When a composer reaches the end of their life, what do they reveal in their dying breath? Did Mahler unveil the secret to his 10th? Did Beethoven finally admit that he was listening to you the whole time, and you're out of his will? Did Greig finally expose what really happened in the Mountain King's Hall on that fateful night?

Well, read on because I have answers. Not the answers to the aforementioned questions, though. Let's be honest, nobody has those answers. Actually, it's kind of weird you're so curious about this. This is quite a morbid subject.

His Ring Cycle is longer than his years on Earth, and if you play the Ring Cycle backwards, you'll die within 7 days. 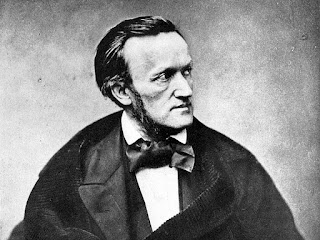 Wagner's last words aren't as entertaining as some might imagine.

Eyewitness accounts indicate that Wagner died of a heart attack following an exceptionally enjoyable morning laughing with his servants.

No, there was no retraction of his anti-Semitic views.

No, there was no revelation that the 12-hour collectors edition with extended footage from The Ring was hidden in his bedside drawer.

And no, there were no crafty side glances as he revealed how his pact with Satan made him one of the greatest living composers of all time.

It was just a good old-fashioned heart attack. Of course, this isn't really all that interesting. Now, if I told you his heart attack was brought on by the ghosts of Christmas past, present, and future? It would be a total lie. So, let's just keep things real, deal?


Yes, that's better. Let's go with the last words that Wagner ever committed to a score. These are the final recorded words that the maestro ever composed.

That's worth something, right?

Schoenberg laid the groundwork for the CIA's Operation Acoustic Kitty in his final year of life after discovering cats love 12-Tone music on one of his many composing walks. That's right, he was like the pied piper of kittehs. 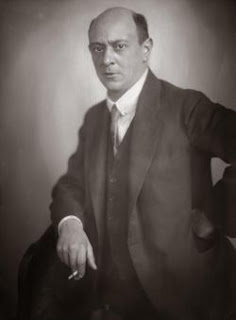 The fact that a composer who many people widely consider to be the harbinger of the death of harmony would utter "harmony" in his dying moments may seem humorous to some.

If you're wondering why "harmony" was his last work, your guess is as good as mine. Well, maybe not. I do after all know quite a bit about this man. Was he referring to his Theory of Harmony? Did he realize at the last moment his music needed more harmony? Was Harmony a nickname he gave his wife Mathilde? Or, his second wife Gertrude?

Whatever the reason, Schoenberg has a deathly fear of the number 13. Things were running smoothly until a psychic told him he should also worry about the sum of the single digits in his age. Next thing you know, Schoenberg is fearing that fact that he is 76 years old, and lo and behold, he dies just before midnight on July 13.

The composer was seriously obsessed with numbers. Even the title spacing in his scores seems to have numerical significance.

Don't think too much about why I put Arnold Schoenberg next to someone who the world widely considered to be a huge anti-Semite. The truth is, Arnold Schoenberg was highly influenced by Wagner's works. In fact, if you can just slow those mofo's down and catch your breath for a freaking minute, Schoenberg's music sounds an awful lot like Wagner's.

Avoider of the Ninth and Bringer of Programmes

It's time for a little bit of class in this joint. Gustav Mahler was one of those composers who could make you feel like you were gaining access to another world. Listen to his music, and you'll come out the other side a better person. Seriously, it's true.

So, Mahler had this little fear of writing a ninth symphony. When it came time to write this symphony, he thought he could avoid an untimely death by simply labeling the ninth something else entirely. Enter the "Song of the Earth." It was a good attempt, but as soon as fate determined that old Mahler pulled one over on it, the greedy bastard decided it was time to take Mahler out.

What really makes me mad is that Mahler was on the verge of something yuuuge. I mean, really, really, really yuuuge. (Sorry, Bernie Sanders has been in the news a lot lately.) In his unfinished 10th Symphony, he was experimenting with some seriously complicated music. It was on the verge of atonality, and the boy was writing 11-note chords and using set theory that would make Schoenberg himself weep. In fact, Schoenberg did weep, and Mahler was a major influence on Schoenberg.


I suppose if you've read this far, there may be some hope for you. Go, listen to his symphonies, all of them, in one sitting and then when you're done you can come back and finish reading. Go ahead. I'll wait... See you in a week.

You finished? Good. Here's a little tip. The first four symphonies can be listened to as part of a set. There's a hero in there, and it's all sorts of complicated, but he goes through various changes until the big battle in the Fourth. Anyway, maybe we'll get around to his Symphonies one day. Right now, we're focusing on the creepy and weird.


So, it turns out that Mahler kind of had a bit of a breakdown while writing his 10th Symphony. But first, what's a bit creepy here is that Beethoven was one of the first composers to get to that coveted ninth symphony. Beethoven finished the symphony. (I hope that wasn't a spoiler). It was performed, and then he happily started on his 10th.

Beethoven made it through one movement, and that was all for Beethoven. He was done. The same thing happened to Mahler, tricky as he was. He tried so hard to trick fate, a major theme throughout his work, but he made the fatal mistake of writing the ninth symphony thinking he was in the clear. But, what are you going to do? Composer's gonna compose. Especially when you have a totally rad composing shack like Mahler does.

Now, if you want to know what's really freaky. Beethoven, Mahler, Schumann, Wagner, Liszt, Schoenberg, and Berlioz all died exactly 9 months, 9 days, 9 minutes, 9 seconds, and 9/10ths of a breath after the completion of their ninth symphony. Surprised? Me too, that, my friend, is complete B.S.

Mahler wrote all kinds of things in the score of the tenth. He's got some good old-fashioned wife-shaming, some anger towards God, and some genuinely interesting performance indicators.

Now, when I go and give you facts, I give you facts. Mahler left us in the possession of five hefty movements, which some truly egotistical composers and friends have attempted to complete. There are recordings of the 10th, but what you have to realize is that even though the Adagio appears to be complete, Mahler was known for obliterating whole sections or even entire movements. He didn't have any qualms about doing this even after a performance.

A conductor would go to play his work, and as he lifts the baton to play the "Blumine" movement, Mahler would materialize from the darkness between the podium and the stage, steal the movement, and vapor off into the darkness. Upon closer inspection, you'd likely find him hanging out with the violas, but since nobody bothers to look there, he's never found.

So, you've got five movements. I know what you're thinking. That's a lot of music. Well, Mahler was better than us. We just have to accept this. 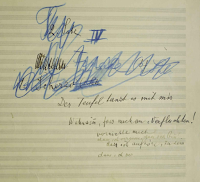 In the Scherzo, Mahler's writes, "The Devil Dances It With Me." Well, he actually wrote, "Der Teufel tanzt es mit mir." There are several interesting inscriptions, but I'd like to see you go out and track them down on your own. Make a day of it. Bring a friend!

If you're in the mood for some study, go check out his 10th. So, should you listen to his work? There are two camps on this. One suggests that we should offer reverence and avoid the performance of a work that isn't in perfect condition. Contemplation is fine, but we should be content with that. The other is that we should bring it to life out of respect. I fall somewhere in between, perform what is performable, and present it as fragments of a life broken into tiny shards in the end. 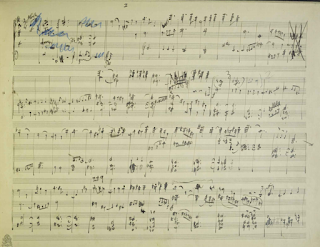 In the final movement, Mahler makes use of this crazy-ass drum that just beats down any attempt at a melodic development. Many view this as Mahler unable to cope with his wife's infidelity, and the suppression of any happiness or love. The movement gets really dark towards the end, and it's really quite the expression of a soul in true anguish.

I'll leave you with a tragedy and a bit of the sublime. If what Mahler wrote reflects his attitude at death, then did he die with the weight of the world slowing crushing him out of existence? Well, always hopeful Mahler, he must know that it all works out in the end. The piece ends with a lilting flute solo, and it seems to end in a quiet forgiveness that is indicative of a true love and final peace.

Well, I got a little carried away there. So, I'll probably do this type of article again. Give me some composers you would like to hear about. Leave me a note in the comments. Or, I guess you can just send me positive thoughts and hope I get the message.

Popular posts from this blog

I Know Why You're Here

By UreMusic July 25, 2016
July 25th, 2016 I'm not stupid. I know you saw this little composing shack sitting all by itself and thought you might stop by and stay a spell. I'm sure you had high hopes for what you'd find here as well. Unfortunately, I'm here to tell you that this little shack is going to stay abandoned for a bit longer.

I wouldn't say it's a site that's under construction because look at that shack! It's in pristine condition. No, it's just that this site is going to require a little time before I'm free enough to start contributing content regularly.

But since you're "hear," I'll give you a little information about what this site is going to be. It starts with a little bit of humor and then it gets serious real fast.

In fact, have you ever seen Drunk History? This site is going to be like a really lame version of that. So, basically, I'm only going to post on here when I'm really tired or really drunk. Between the two, I should b…
Post a Comment
Read more